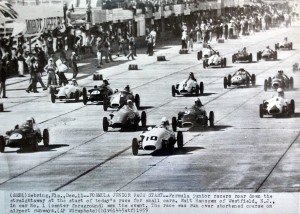 Formula Junior was intended to provide an entry level class where drivers could use inexpensive mechanical components from ordinary automobiles. The idea to form the new class came from Count Giovanni “Johnny” Lurani who saw the need of a class for single-seater racing cars where younger drivers could take their first steps. Although, Italian marques dominated the first year of the formula, they were soon overtaken by constructors from Britain, with Factory backed racing teams.

In addition to the factory built cars coming from Europe there was also signs of a tremendous “grass-roots” movement, with literally dozens of one-off specials taking form in all sections of Canada and the USA. This new Formula, with its great diversity of machines has provided racing world with a tremendously interesting spectacle for over the last fifty years. 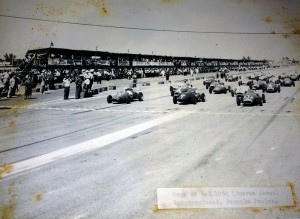 The rules for the class required the cars to be powered by production-based engines with a volume of 1000 cc with a 360 kg (792 lb) car or 1100 cc with a 400 kg (880 lb) car – in practice the latter was used in almost all successful Formula Junior (the USA adopted other cc/weight ratios but they were rarely used). Parts like engine block, head and cylinders had to come from a production car; single or twin overhead camshafts, limited slip differentials and modifications to the number of main bearings were all forbidden. The brakes and transmission also had to be production-based. Constructors were allowed to increase the number of gears, but only inside a production gearbox casing. Formula Junior was also the first racing class to require roll cages.

In Italy the popular Fiat 1100 engine was the obvious choice and in 1958 there were few other suitable engines in Italy; elsewhere the 1000 cc Mini engine as well as the DKW and the Saab three-cylinder two-stroke engines were obvious choices, as was the new over square Ford engine from the 105E Anglia. The first Italian FJ cars were very much in the front-engine tradition of contemporary Grand Prix cars; the first international Formula Junior championship in 1959 was won by the Swiss driver and engineer Michael May in an Automobili Stanguellini.

The British constructors were initially not particularly interested; the 500cc Formula Three was still just about viable, and small-capacity sports car racing had become the accepted route into racing. As the formula gathered momentum, though, constructors started to take note. 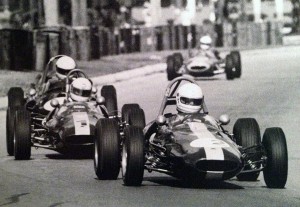 Although these early British Formula Juniors were front-engine, the F1 car was undergoing a mid-engine revolution and there were also strands of thinking in FJ that stemmed from the 500cc Formula Three where rear-engine cars had been the norm. It was not long before Cooper started to produce a car similar to their contemporary F1/F2 thinking, later F3s and “bobtail” sports car fitted with BMC A-series engines. On the engine side, Keith Duckworth of Cosworth Engineering took an interest in Formula Junior and managed to get hold of two of the new engine to be used in the 1959 Ford Anglia.

Lotus also came into the game with their Lotus 18, a simplified derivative of their Formula One and Formula Two chassis fitted with a 997cc Ford Anglia engine. Later Lotus also raced in Formula Junior with Lotus 20, Lotus 22 and Lotus 27. These two marques (Cooper and Lotus), with close links to their Grand Prix teams, soon came to dominate Formula Junior on an international level. In Australia Lynx produced cars with various engines with great success. In Sweden Saab produced the Saab Formula Junior, mainly to test new engine designs. In Russia the most used engine came from the Moskvitch. In Canada number of manufacturers built beautiful cars.

Through the formula’s lifetime, though, the number of manufacturers increased. By the end of 1960 there were over 100 manufacturers worldwide, and by the end of 1963 the number had increased to almost 500 – but the vast majority of race wins went to the British constructors of mid-engine cars. Brabham’s first racing car was the mid-engine BT1 (originally called the MRD, but renamed when it was realized that the initials had unfortunate connotations in French) in 1961. By 1963 the class had become expensive, the scope for wins in homebuilt or amateur cars was diminishing and the cost of tuning a 1000 cc engine to get up to 120 hp was getting too high. The 1963 series was the last series in the UK and Europe. 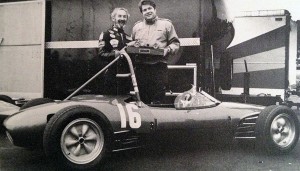 In the early 1960s, after Formula One was reduced to a 1.5l engine capacity and Formula Two disappeared, Formula Junior suffered from playing two roles, both an introduction to single-seat racing for novices, and the only international single seat category below F1. The latter role meant that costs were pushed up too high for many amateurs (competing against works or near-works Coopers and Lotuses meant that there was little chance of success in major races), and it was decided that two new formulae were needed to replace FJ; one-litre Formula Two and Formula Three were reintroduced for 1964, with F2 allowing pure-bred race engines and aimed very much at professional and serious up-and-coming drivers, and F3 essentially being a slightly tamer version of FJ for amateurs and those at an earlier stage in their career.

Slightly later in the 60s, classes based on the same original idea as FJ evolved as low-cost introductions to single-seat motor racing, notably Formula Ford and Formula Vee.

Because many cars and engines are still readily available, Formula Junior is now a popular category in historic racing thanks to the efforts of a single man, Duncan Rabagliati. He has been instrumental in resurgences of Formula Junior throughout the world. The clubs toady include FJHRA in Europe, AFJA in Australia, and now FJHNA in North America. 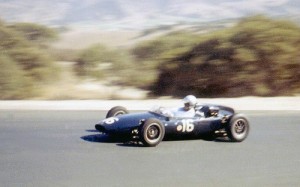 Drivers with background in Formula Junior includes Jim Clark, Peter Arundell, Trevor Taylor, John Surtees (whose association with the formula was very brief!), Denny Hulme, Ed Leslie, Pat Pigott and Jack McAfee. German Gerhard Mitter successfully raced (40 wins) and sold (130) two-stroke-engines for FJ. In North America some great Races ran Formula Junior Cars including Sebring US Grandprix 1959, Formula Junior race in Cuba1960 and the Vanderbilt Cup in 1960, which become the grail of American road racing—if not holy, at least blessed in retrospect. When the race was revived on Long Island after it had been in limbo for 23 years, a number of orthodox traditionalists went into mourning for the old time rites of racing.

Nevertheless, the mixed marriage between those militant amateurs, the Sports Car Club of America, and those skillful professionals, Roosevelt Raceway, Inc., produced a 1960 version of the Vanderbilt Cup, and 33 drivers lined up in tiny Formula Junior cars to make a run for it. The race was won by Harry Carter, a 37-year-old amateur who “maintains racing cars,” as he puts it, in Litchfield, Conn.

Although Carter had a solid reputation around New England as a sports car chauffeur, his achievement should seem almost blinding when one considers that he beat such driving celebrities as Jim Rathmann, 1960 Indianapolis winner; Rodger Ward, 1959 Indy winner; the young Rodriguez brothers from Mexico; Carroll Shelby, who won at Le Mans 1959; and Walt Hansgen and George Constantine, the foremost of the SCCA amateurs in 1959. Unfortunately, Carter’s victory was not what it might have been. All these superb drivers ran into misfortune, and only the talented Rodriguez act figured in the contest past the middle stages. Roger Penske started his career in Formula Junior. 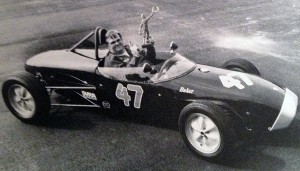